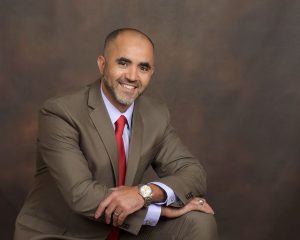 Founder of Apex Business Club, Mohamed El Attar, has always believed in hard work, perseverance, and leadership. In 2001, he immigrated to Houston, Texas, where he began working and studying full time. Prior to graduation, he was recruited by Panhandle Energy of Southern Union Gas Company (now Energy Transfer Company) as an engineer assistant. In May 2009, he graduated with cum laude honor with a bachelor of science degree in civil engineering from the Cullen College of Engineering at the University of Houston. Upon graduation, he was promoted to an Engineer position and began managing projects in natural gas pipeline and facilities, eventually leading teams working on multi-million dollar projects. Recognized for his leadership skills, he was promoted to Project Manager in 2012 when Southern Union Gas Company was acquired by Energy Transfer Company, the second largest natural gas company in the United States. The same year, while working full-time, he also earned a Master of Structural Engineering from the University of Houston. Constantly seeking knowledge, he became interested in business, so he returned to study formally in 2013 and earned a certificate in finance from the College of Business at the University of Houston Downtown in 2016. The same year, he was selected to join a team of 6 project managers to manage the Lonestar Express Pipeline Project, with a budget of approximately 4 billion dollars (the largest Natural Gas Liquide pipeline in the United States). Additionally, in May of 2017, he completed a Master of Business Administration degree at the College of Business at the University of Houston Downtown. Other notable Natural Gas projects he managed includes several pipelines and meter stations with the CFE (Comisión Federal de Electricidad ) delivering natural gas from South Texas to Mexico, which were the first projects from an American company to deliver Natural Gas to Mexico.